She stood in the lift, a few feet away from an older gentleman who looked a little too curious about who she was, and why she was there. She adjusted her trench coat, and glanced nervously at the small tear in her fishnet stockings. She low key knew that would be where the tear would give once he laid his hands on her and she could not wait.

“This was a dumb idea,” she thought, as the ping of the elevator alerted her that she had arrived at her destination. She whipped her phone out as she walked out. 4D. She giggled to herself.

The door opened after she rang the bell. He stood there; tall, dark, handsome, and a little shy. He’d just come from the shower, his shirtless body glistening and his nipples hard from the breeze. “Perfect timing,” he said as he welcomed her, watching her long legs and the shape of her body as she bent down to take off her boots.

She straightened up, and was suddenly aware of how close he was to her. His figure towered over her. She could feel the heat radiate off his body, and it made her skin tingle, goosebumps hard and erect, just like she was sure he was. She turned around to face him, eyes wide and surprised at how wet she was already. He tilted her chin upwards and drew her in an embrace and he rested his arm on the small of her back. She was lost in the deepness of his kiss, and aware of his hand going even lower to cup her ass cheeks.

They didn’t speak, there was no time for that. They stumbled into his bedroom in a haze of kissing, groping and undressing, hands moving at the speed of light. He backed her against the wall, taking a moment to take in her perfection in a nod that came back up as if to take a whiff of her. With a glint in his eye that let her know she was in trouble…

She took off her trench coat, giving him the full view of her glistening skin, and the lace that covered it. He tore into her fishnet, that he was now definitely going to replace, advancing up her inner thigh with kisses as he held onto her body for dear life. She was intoxicating, and he couldn’t get enough. He was close now, he could smell her and he felt her muscles tighten as he made his way to her dripping lips.

His tongue explored her deeply, probing and eliciting moans from her as she played with her raised nipples, losing her mind with every stroke, one leg crooked over his shoulder. He lifted his head to look at her, savouring the look of pleasure in her eyes, calculating his next move to only heighten the sensation.

She drew him to the bed, unbuckling his belt as they went, in a dizzying haze of deep tongue kisses, leaving a trail of clothes in their wake. He turned her over, raised her hips to meet him, and thrust into her wetness, filling her up as she gasped for air. Her hand curled around the edge of the duvet, her mind reeling as arched her back low and felt her cheeks bounce with his every thrust. He spanked her, a hot flash of pain across her buttocks as he raised his leg, allowing himself to go deeper, and plunge even harder.

“Fuuuuuck,” she groaned low and slow, almost guttural, as she felt the pressure build, and her body start to lose control. He lifted her, so her back was against his chest, her breasts flushed and bouncing, one hand on her throat, making her moans low and whispery, her eyes rolling back into her head.

It was like a momentary blindness, and then an intense wetness. He let her go and she fell onto the bed, her squirt soaking the sheets and sweat trickling down her back, panting heavily in an attempt to catch her breath. He flopped down next to her, his body dripping with sweat and a satisfied smile on his face. “I didn’t know you could do that,” he said between breaths. “You didn’t ask,” she said, her voice thick with sleep, fighting the black out that seemed to be inevitable.

“Oh no, you don’t get off that easy…” his deep voice came crashing through her reverie, “I’m not done with you yet.” She opened a lazy eye and caught a glimpse of his full, taught body, his dick still hard, his lean frame leaning over her with a sly smile on his handsome face. He took her hand and drew her into the shower, letting the hot water and his hands run all over her. “Oh shit,” she thought, “here we go again…”

Her wet skin felt as smooth as silk as his hands explored her body, nibbling slightly on her bottom lip, and on the nape of her neck. His fingers ran all the way down as if to race the small streams running over her contouring curves and right back up again breaking the rushing cascading water. She broke away from his kiss to admire his body once again and get a relief from the goosebumps before proceeding. Her hands read his sharp angles like braille, tracing lower and lower down his torso as she slowly fell to her knees. He had awakened something in her, and she was even more hungry for him.

She cupped his balls in one hand and raised his shaft to her lips as she slowly circled his swollen head with her tongue, reaching just beneath to stimulate him with a flick of her tongue. Her hand ran down the length of his shaft as she took his tip into her mouth and his size surprised her again, but she had a dick shaped hole only he could fill, and she wanted him inside her fast.

She felt his muscles tense, and heard him gasp and moan as she took all of him in, ravenously sucking and slurping while one hand held him steady, and the other played with his nut-sack. He hung onto the towel railing for dear life as he buried his other hand in her now wet, tangled hair and pushed himself deeper into her throat. She gagged and choked, and he held her there a few seconds longer before he released her. She sputtered a little, and he wanted to apologize, but one look into her eyes as she looked up at him, water streaming down her face, told him that she’d liked it… And that turned him on even more, if it were possible.

He had to be back inside her, her coochie was inviting, and his thirst for her insatiable. He got her up to her feet, the steam in the shower now as thick as the lusty thoughts that swarmed around in his head. She held eye contact with him as he led her to her feet,silently  begging him to take her with a sly smirk across her face. She felt like she was holding her breath, an intense impatience for his cock, savouring the anticipation of the frozen moment.

The next thing she knew, she was in the air, legs spread wide as she straddled him and he pushed her against the wall. There was an urgency in the way he penetrated her this time, an animalistic craving that just had to be satisfied. Lowering her slightly he moved his pelvis up so that his dick began spreading and going through her tight moist lips. When his head was buried deep, he lowered her quickly, almost dropping her, his whole cock entering her in a single thrust. He felt the pressure of her nails against his skin as she wrapped her legs around his hips locking her ankles together.

His hands spread her ass cheeks, letting her grind against her pussy against him as he rhythmically rammed in and out of her. His fullness inside her drove her wild and she lost herself more in pure, primal pleasure. Her clit crashed into his pelvis over and over as his cock filled her cavity.

This wasn’t making love. It was raw animalistic fucking and it was bringing her to the point of no return. When the explosion started deep inside her started, the knot in her stomach tightened and her back tried to arch forward but couldn’t because he was pressing her against the wall. She sank her teeth into his shoulder as the feelings inside her started to overtake her. Her whole body shook when he pushed up hitting the entrance to her cervix causing waves of pleasure to course through her. She was too far gone and couldn’t stop the orgasmic contractions as they ravaged her body, but she didn’t want to stop, she wanted to ride this wave until it crashed, leaving them both spent.

4 thoughts on “The Awakening” 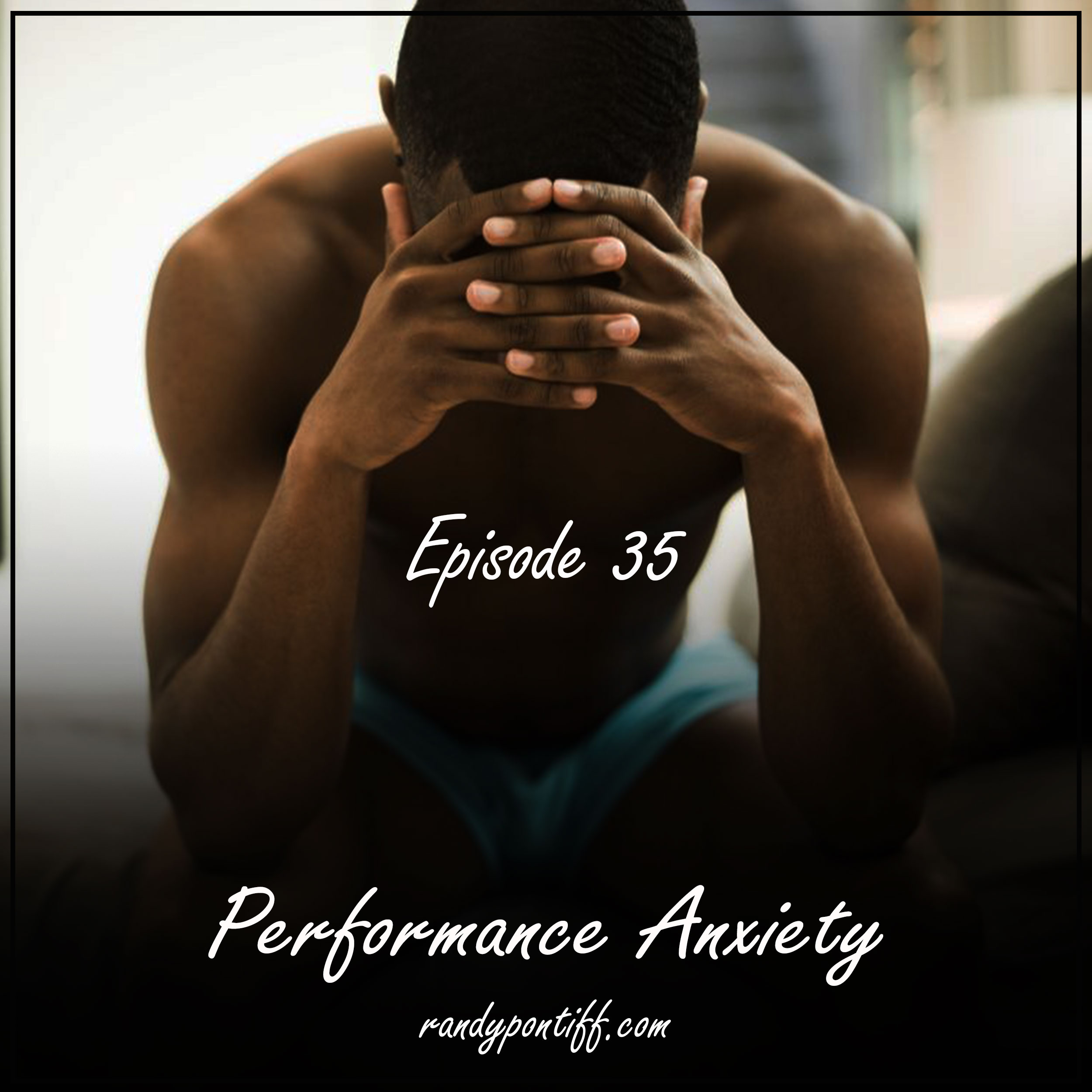