It was one of those slow weekends through which he hangs around in his pyjamas all day with half a wood in his pants for most of it. This was no worry anyway since he lived alone and hadn’t seen himself living with someone for the next year or two to come. He had dozed on the couch again. He opened his eyes just enough to see that she had been trying to reach him on the phone for the last hour with no success. It just hit him that it was her birthday and they were supposed to meet later on in the day. His phone was at an arm’s length so he just stretched in a long yawn and picked in the groggiest voice. Apparently, she had been at the gate all along and the watchman was nowhere to be seen to open for her.

He slid into his crocs and pocketed to hide his wood print. He cared less anyway because nobody was on the stairway and it was just a quick dash to the gate and back. As long as he took his mind off it, it would calm down to a half boner or none at all with time. He turned the key and she came in along with the sunshine blinding him for a second there. She was in a white, bodycon dress with a slit high enough to show off her black lace strapped around it. She reached in for a hug and his hands ran down her back and followed with his eyes to realise she had a body chain on and that it probably ran down to her thighs. Funny how the chains on her body hardly represented her sexual freedom to explore the boundless beauty her body expressed.

If he had not woken up before, she sure had woken up every sense in his body now. Her choice of outfit did not help his case either. The bump on his crotch had relatively grown. Interesting how the prospect of having someone so beautiful in your company can arouse so much deep seated feelings which are most of the time preferred hidden or unknown. She came in and hoped he’d get ready real quick because she had come hungry and needed some quick fix. Debra made herself comfortable and went ahead to grab a snack from the kitchen as he strapped on his towel.

She had lust written all over her dilated pupils

Jamal got off the shower in under 3 minutes and as he was cleaning his teeth at the sink, she grabbed him from behind and he felt her nipples through her dress on his back. He paused and looked back at her through the mirror and their eyes met. He scoffed and went back to brushing. She had lust written all over her dilated pupils and before he knew it, her hand raced across his ribs, down his solid abs and lingered a little on the v line just where he had tied the hem of his towel. He spat the fluoride foam and rinsed his mouth as if nothing was happening.

She could clearly see him grow fast and steady below his waist and she ran her fingers along the print just to be sure and confirm her fears. She had always been scared of giving it up to him because of his girth and from the foreplay they always had, Debra could tell his animal instincts were not ones to be trifled with. His appetite could be seen as it manifested on the vasodilated veins on his temple and arms and she couldn’t help but imagine the network of veins on his member.

Debra kept running her hands along his arms and when he tried to turn, she held him still and let him take the caresses in like her little bitch. Her gelled nails turned blue on a purple gradient every time they brushed across his skin and it was almost like a representation of the throbbing on her mound every time he put his tongue against it. The towel couldn’t hold the pressure anymore and it dropped slowly hanging on to his hardness like it didn’t want to let go. As soon as it hit the floor, she turned him and pushed him to sit butt naked on the sink. The moisture on his skin and the cold sink he was seated on added more goosebumps. He bit his lower lip as she kissed him on the neck and proceeded down south with one hand following her trail of kisses and one gently stroking his shaft.

She tightened and loosened her grip with every stroke and if he hadn’t known any better, he’d have thought it was some sort of handheld ‘shafter’ working him. This was not exactly a surprise to Jamal. He had seen this day coming but he hoped, this time, she’d let him get in and show her what she has been missing. She savagely sucked on him and ran her tongue occasionally along the lower part of his penile shaft as she watched it pulsate and jerk upwards in excitement every time she hit a spot. Jay had run out of things to clutch on at this point. He groped around her head and pushed the back of her head for some deeper throat action. She gagged and swallowed him whole in total zeal. Her deprivation of some good humping clearly transcended the hunger for food.

At this point, she felt a bit overdressed for the occasion to which his manhood had risen. She dropped her dress over her shoulders for it to reveal her silver body chains crisscrossing all the way to her thigh gap as predicted. He was so hard at this point that it leaned a bit to the left. He could smell her womanhood begging for a good pounding from where he stood. She kissed him hard and turned to let him slide right in from behind. Jay turned her around and levelled her head with the sink as she held on for dear life. It was smoother than she had hoped and the pain she had feared was barely existent when he made initial entry.

His hands flicked her bean from below and tagged at her chains as he whined slow enough to make sure her G-spot did not miss any good moment. The lower part of his dick rubbed all the right places on his way in and out and it was a huge struggle resisting the urge to bust a nut all up in her bowels. He pulled out and carried her to the nearest chair in the living room. She had not known how flexible she could be until he made her do a full split and she gladly bounced up and down on it. He sat back and watched in total pleasure. She got tired and sat astride him and kept the action going until she couldn’t take it anymore. One spasm from her was enough to trigger a domino effect on him.

He held her tight from behind and she closed her legs to make it all tight and sat still to process the sweet feeling coursing through her system. It was like all her systems were on red alert from the intrusion. He fell on his back to the chair in a slump and could still feel his hard dick jerking inside of her begging for a rerun. She got off slowly and let it fall on his stomach as the last few drops of his essence oozed and collected in his navel. She bent over and cleaned him up with her tongue and made sure there was no trace of him or her on himself. He fidgeted and curled his toes helplessly with his fingers digging into her scalp through her hair. As soon as her lips disengaged, he leapt and stayed away from her to regain his normalcy.

Debra just sat there knowing he would never get over what he just experienced today and neither would she. She sat there licking her fingers thinking of how much she had always wanted to do this to his man but her fear of pain always got in her way. She realised at this very point that sometimes on your special days, you can be a gift to others and in hindsight, gift yourself. The couple freshened up and left for some pizza around the corner from his building.

In a split second, you lick on my earlobe and bite softly with heavy breathing and you whisper in defeat that you can’t hold it anymore… 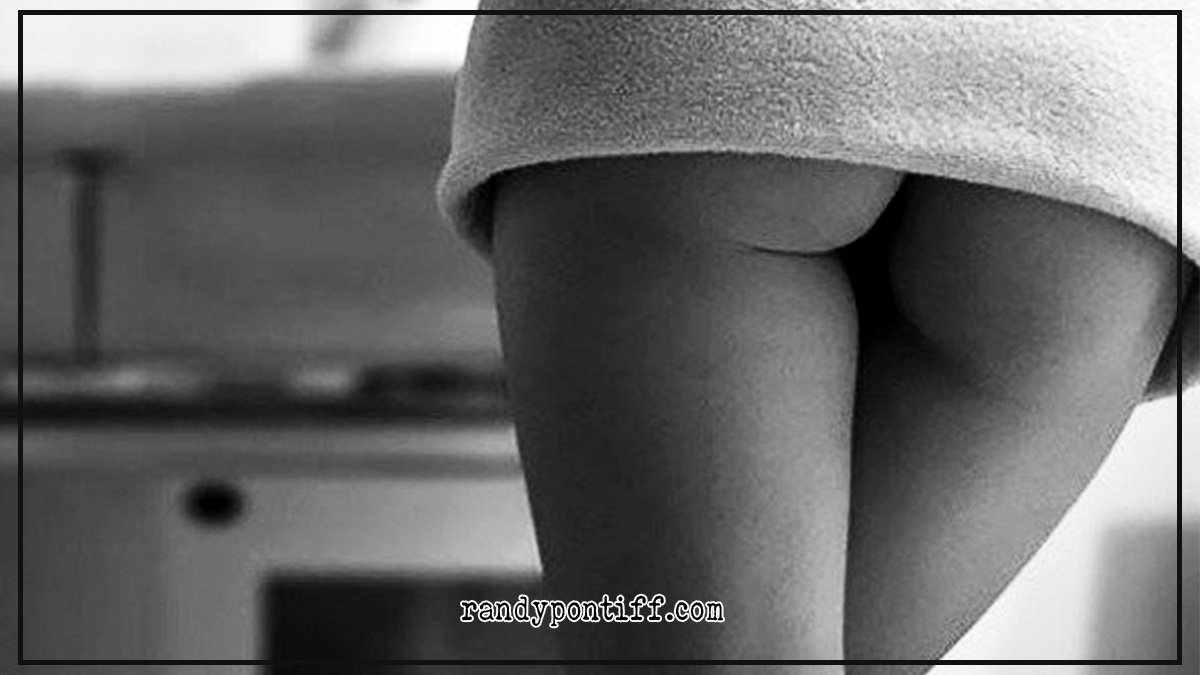